When I attended the first DPM Summit back in 2013, there were two of us there with PMPs. We sat in the back and spoke in hushed tones about our much-maligned certifications. Then at the 2015 Summit, Cynthia Schmitt did a lightning talk about certifications in the digital sphere that freed our people from the shame.

It’s not like we don’t get it. The problem with PMP training is that it’s perceived to be irrelevant to our industry and how we work. First of all, it’s based on a waterfall process (which is bad, duh). It involves creating detailed plans that mean little and writing lots of documentation that no one will read. And, historically, it means probably failing. But is it really all useless?

After spending so much effort on getting those letters, we’re going to go ahead and say “no.” As I chatted with Cynthia, we shared our stories of how we’ve used our PMP education in tons of different situations. I still remember the new business pitch I went to where I had a whole deck prepared about our project management expertise and process. I got as far as the first slide and the client spotted the “PMP” after my name. “That’s all I need to know,” he said. “I believe you.” We skipped the rest of the presentation.

Cynthia has had similar experiences:

I truly believe that having my PMP has been instrumental in my career progression. I’ve worked for very large companies, where they won’t even interview you without having a PMP. When clients hear that I have a PMP certification, it’s something they are familiar with and it gives an extra dose of credibility to the team. Having your PMP is something that will follow you through your career in this field that you can always reference.

That’s all great, but let’s get practical. We’re not building bridges here – we’re making websites and apps. If we’re going to get certified, shouldn’t it be in something more in line with our day-to-day work? What about Scrum?

I also have my Certified Scrum Master (CSM) designation and it has indeed proven very valuable. Daily standups, working in iterations, using a product backlog… all that stuff has made for a better workflow and more successful projects. Another big plus of the CSM training is that – unlike the PMP – it’s pretty easy to get: take a 2-day course and write a pretty simple exam and boom – you’re in.

On the down side, I have yet to work on a project that used Scrum in its pure form. More often, I’ve seen some version of “Scrumbut.” As in, “we practice Scrum, but…” That usually means integrating elements of other agile methodologies like Kanban or Lean or even (gasp!) a bit of waterfall to create a hybrid process that works for a particular situation. Again, Cynthia has experienced the same:

I have been on projects that use pure Scrum, but I’ve found that not as many clients have the resources to commit a team to full Scrum. I’ve also used Kanban occasionally. I’m sure the purists would say that if you’re doing a blend, it’s not really Scrum. But to me, being a good project manager just means adapting and finding the best method to get the project done successfully.

So if PMP is kind of irrelevant and CSM is perhaps too specific, what the heck are we supposed to do? It turns out that Cynthia has one more trick up her sleeve: a little something called the PMI-ACP (Agile Certified Practitioner). It’s an agile-specific from the same gang that gives out PMPs, but covers a broader range of topics than a CSM. I asked Cynthia why she felt this was the ideal option:

One of the things you learn when you go for your ACP is that Scrum is the most widely used approach – I think around 50%+. But, suppose I leave my current job and I work at a place that practices Kanban or Lean? The ACP stays relevant in that situation. Also, there are projects in my company that are more production focused, meaning work comes in, gets worked on, then moves out… I’m able to transition that type of project management to a Kanban-based method then.

The PMI-ACP training includes not only broad agile principles, but also covers a wide variety of methodologies, including Scrum, Kanban, Lean, Extreme Programming (XP), and Test-Driven Development (TDD). If you have this one, you have enough in your toolbox to handle pretty much any problem with some form of agile approach.

I don’t know about you, but I’m kind of sold. Cynthia says getting PMI-ACP certified is much harder than getting a CSM, but easier than her PMP. I’m working on mine now; I’ll let you know how it goes.

Appendix: How to get your PMI-ACP

Everything you need to know about the PMI-ACP can be found here: https://www.pmi.org/certification/agile-management-acp.aspx

The short version: You need 2,000 hours of general project management experience, plus another 1,500 hours on agile projects – that’s at least a couple years of full-time PMing. You also need 21 hours of agile education on top of all that. Finally, you need to pass a relatively tricky 3-hour exam. 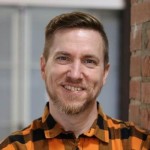 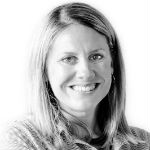